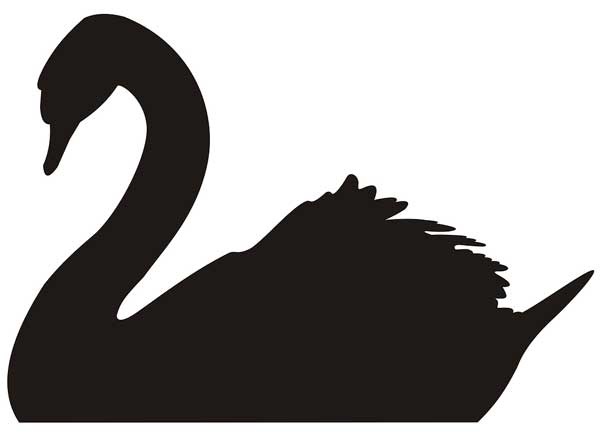 “We believe that there are two types of economic technocrats, those that screw up and those that will screw up.”- Jim Bianco

Durable goods orders have fallen for 5 straight months. This has never happened outside of a recession. Gallup, which gathers the self-reported spending of US consumers (notably free of seasonal adjustments), has revealed that US consumer spending is now down in 5 of the past 7 months. Since consumer spending makes up over 70% of GDP, what does that bode for growth?

US factory orders have now declined for eight months in a row. This is the longest losing streak for factory orders outside of a recession. June orders fell 6.2% YOY. Business inventories continue to rise, and the inventory to sales ratio has just hit a post-crisis high of 1.37 (showing that we have been stacking rather than selling at an increasing rate).

If that weren’t enough, Reuters reports that Mexico’s factory-made exports slumped in August by the most in over 6 ½ years. Manufactured exports sank 7.2% in August compared to July. This was the biggest month-on-month drop since December 2008, data shows.

Because Mexico exports about 75% of its manufacture to the USA, this seemingly would implicate US demand as part and parcel of the slowdown.

Over in Asia, industrial production is down year-over-year (YOY). Global trade, measured in US dollars is down. In May, Korea’s exports to the US shrank by over 6.3% YOY, and to Europe, they sank by 28.4 YOY. Freight and shipping rates have collapsed. Marc Faber has noted that Singapore container throughput has also collapsed.

Then there is China.

As reported in a recent Gloom Boom and Doom report, Simon Hunt (www.simonhuntstrategicservices.com) recently wrote: “China Association of Automobile Manufacturers has reported June sales which have fallen by 3.4% from a year earlier after increases of just 1.2% in May, and 3.7% in April. The Association has also reduced its growth for 2015 from 7% to 3%. Even this revised growth rate may be optimistic for two reasons. First used car sales are becoming increasingly popular and secondly car inventories are starting to explode. Some foreign manufacturers have changed their definition of sales from ex-factory, to ex-showroom, that is real sales, but many domestic auto companies retain the old model. The slowing auto market results from a confluence of factors- a faltering economy, stock market volatility, increasing restrictions on car ownership to combat pollution.”

Do all of these stories, signs and statistics point to a “healing” global economy?

Courtesy of McKinsey, the chart above illustrates that global credit & debt have grown mightily since the onset of the Great Recession, to the tune of $57 trillion USD (this was as of mid-2014; estimates are that this number has grown by a further US $7-10 trillion since then).

To Be Fashionable, Be Heretical

In the modern world where orthodox economic ideas have been consigned to the dustbin, and unorthodox ideas have become mainstream, this GDP expansion of about $12 trillion is painted as ‘growth’.
Old-fashioned economists, such as the man in this chair, have been on the wrong side of this neo-Keynesian heterodoxy. Believing as we do that capital—that is, savings — is necessary for a functioning capitalist economy, we have stood by and watched the world drown itself in debt once again. But not to worry, debt is growth, we are told; or even more boldly, debt = wealth. So, we’ll just sit back and watch the world grow rich on debt.

But if $60 trillion in new debt only delivers $12 trillion in GDP growth, won’t it soon be completely ineffective? In the early 1990s Alan Greenspan discovered that he could goose GDP higher by lowering the Fed Funds rate thus expanding credit. Back then, each dollar of new debt delivered about $4 of GDP ‘growth’. Now that’s bang-for-the-buck (or for the FRN!).

From that 400% kicker, we now have an anemic 20% boost. Each new dollar of debt has a rapidly declining marginal benefit. And, this may be optimistic: Global GDP has barely budged in 2 years. So perhaps we are already at the zero-bound; a place where debt growth alone is no longer a sufficient condition to produce any expansion in GDP.

Economic setbacks are transitory. They come and go. Most importantly, as Jim Grant has said, Americans seem constitutionally unable to get enterprise out of their bones. So, while we are too often anxious about the future, the future usually takes care of itself.

Nonetheless, it is our view that economic growth that is solely reliant on debt growth is not sustainable. Moreover it has introduced a higher amount of volatility (significantly higher) into the investment markets than has ever existed before.

Consider the progress in other products and services that make up the economy. Contrast them with the financial markets. From the safety design of bridges, autos, planes and buildings, to the operations of refineries and power plants, we have learned and applied lessons which led to tremendous improvements in safety and efficiency.

Consider also, if you will, the economy itself. Recessions, as a general rule, have become shallower. GDP and consumption fluctuate less than they did 60 years ago and are more stable. Wealth is more diverse and many national governments have created social safety nets that provide a cushion for citizens during economic hard times.

Yet the unfortunate fact is that this is not true of our financial markets. Perhaps more than autos and airplanes, financial markets have been subject to extraordinary doses of engineering over the past 35 years, and the result has been more frequent and more severe breakdowns.

While there are many reasons as to why this is the case (increasing regulation and complexity, misunderstanding risk, our desires to trade quickly, globalized markets, etc.) our charge is to be on guard.
Since economic shocks are nothing new, but are met with more severe market reactions, we must be prepared. One cannot rely on our political leaders to warn us. Certainly one can see this vividly we are continually fed the line that the economy is humming along.

Naturally this also applies to the monetary authorities (the Fed and other central banks), who will invariably blame the next crisis on a “black swan” event, which, of course, no one could have predicted.
But those with eyes can see. Those with an open heart and mind can know that the global economy is contracting. This contraction, such as it is, may prove to be a pause – as we move to higher levels of global GDP (and with it higher debt levels).

But beware. Something smells different. It could be the whiff of desperation: the Herculean efforts of the Chinese autocrats have failed. Over $1.9 trillion of new credit has been injected into the economy and stock market through various channels, yet the stock market continues to slump; just like factory orders, car sales, the Chinese real estate market, commodity prices, and well… we could go on and on (and on). Not only have they banned “malicious” short-selling, authorities in China have arrested a few folks that clearly need to be re-educated.

Of course, I don’t mean to pick on the Chinese. I really don’t. All they have done is to copy the methods of so-called ‘developed countries’. Maybe they are even copying our desperate ways: We are subjected to a litany of Fed opinions daily; even more when the markets flail. Janet Yellen even saw fit to hold a “do-over” press conference to atone for her failure to raise rates at the September FOMC meeting. Let’s not forget that none other than George W. Bush banned short-selling.

The volatility that we have seen in August and September may indeed have passed, making our concerns nothing more than a textbook case of recency bias. However, a broader perspective than just that past two months, suggests that much more caution is in order.