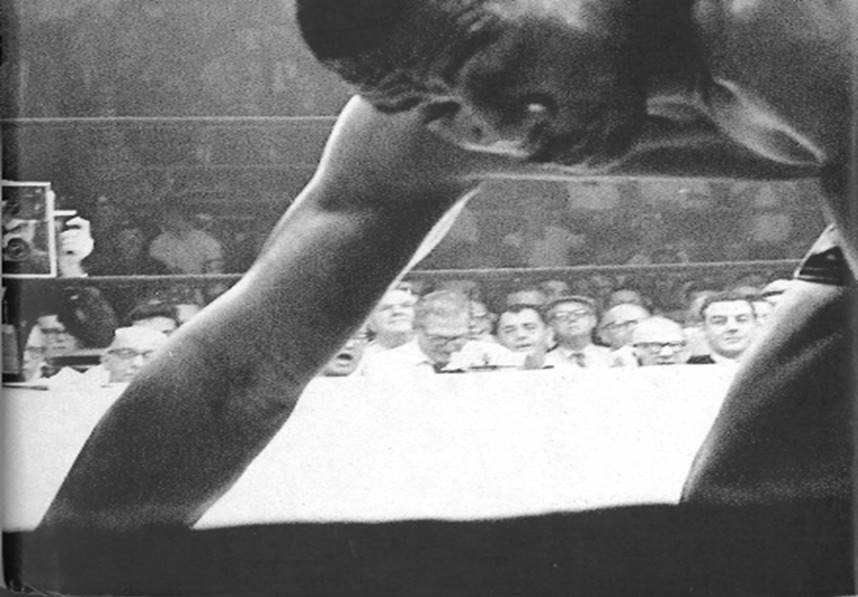 It’s no secret that Mr. Market is having a bad week.  Not only Mr. Market, but many investors are also wobbling as if sucker-punched.  Most really want to know if Mr. Market can get back up.  Or is he down for the count?

I wish I could answer.  I’m a spectator like you are.  However, we know that his cut-man, Jerome Powell, is working overtime to stop the bleeding.  And while that crafty  COVID 19  is certainly a menacing opponent, we must also admit that Mr. Market was not in his best shape going into this fight.

As every investor knows, a steady diet of profits gives Mr. Market his strength, like spinach does for Popeye.  Those growing profits help him to pack on the extra muscle to overpower lesser challengers.  You know, those little business fluctuations that think they’re contenders… only to be revealed as tomato cans.

But the BEA (the Bureau of Economic Analysis) might give us more reason for worry this time around.  According to their calculations, in the 5 years through 2018, economy-wide business profits were essentially flat.

There’s no gainsaying Mr. Market’s price appreciation in 2019, though.  The tape shows that Mr. Market got swole - up 28.9% over those 12 months. Yes, Mr. Market rose majestically -- but it seems he did so without a shred of nutrition.

We know this because Fact Set, which analyzes the quantity and quality of earnings, stated in a January 31st release: “For Q4 2019, the blended earnings decline for the S&P 500 is -0.3%. If -0.3% is the actual decline for the quarter (not all companies had yet reported: ed. note), it will mark the first time the index has reported four straight quarters of year-over-year earnings declines since Q3 2015 through Q2 2016”.

Back then, things started to look ugly for Mr. Market.  Even the weigh-in was menacing.  In short order, the global economy was pummeling him.  On the ropes, everything looked dark.  In fact, his Federal Reserve corner men became so desperate, that calls went out to their fellow fixers at the PBOC in China, and at the European Central Bank, the ECB.   But before his legs could find a soft spot on which to lay, Mr. Market’s corner team administered ultra-heavy doses of the strongest amphetamine -  heaps and heaps of central bank credit.  By some estimates, the PBOC through their onshore and offshore channels pushed over $2 Trillion (not a typo - yes, this is US Dollar equivalents in the trillions) into the global financial system.  Now that’s something that Leon Spinks’ little brown bottle couldn’t dream of matching.  Since there is no drug-testing in these contests (and no physicians as corner-men), this credit-doping-adrenaline-needle, could be applied straight into Mr. Market’s heart.  As often as needed.  Of course, Mr. Market began to dance.  Looking back, it’s no surprise that such turnaround inspired an insatiable hunger for more stimulants.  And a feeling of invincibility.

Another lasting effect of this is now clear:  After the fight with Mr. 2016 Economy, it became clear to him that he wouldn’t even have to train… or even to pretend, really.  Where nutrition and discipline were lacking, those stimulating drugs would fill the void.  Training is for losers.

Even his old sparring partners, like Mr. Payrolls, the sinister Mr. Rising Rates, or that crafty Mr. Trade Deal,  could be overwhelmed by the potent cocktails he was imbibing.  Heck, you might even remember the disaster of Q3/Q4 2018, when they tried to take his meds away.

In Q4 2018, Mr. Market broke-out in a cold, nervous sweat.  Without even being pushed, he collapsed to the canvas.  He almost didn’t get up.   Jerome Powell had to almost jump the ropes in order to administer the smelling salts.   Seems he just can’t live without his stimulants.

Mr. Powell, Chair of the Federal Reserve Open Market Committee, and win-at-all-costs corner man, was surely talking directly to his real client, Mr. Market, when he told the crowd that it was not only his job to keep the economy at full employment, and achieve an inflation “target”, but that it was up to him to keep Mr. Market from retiring.   Thereafter he would do whatever it takes to keep Mr. Market in the ring, and, I guess, for him to keep his job.

As we have seen countless times before,  this steady diet of stimulants, a complete lack of discipline, combined with awful diet and nutrition, has led to a flabby and out-of-shape Mr. Market.   Yes, it’s true that he still holds the title as the longest Bull Market ever, so besting his father’s and grandfather’s records.

And who can forget his cousin in Australia, who has gone for 27 years and counting without being laid low by recession? (Though Mr. 2016  Economy knocked him down hard on his seat too that year, he got back up, and finished the fight.  No doubt helped by the same Chinese stimulants that rescued his American cousin).

So, you just can’t be sure.  Maybe Mr. COVID ‘19 doesn’t unseat the champ.  Maybe another potent cocktail will be invented that keeps him dancing in the ring.  But behind Mr. COVID 19, is Mr. Economy 2020, and 2021, which, shall we say, evince strikingly ample firepower to unseat Mr. Market and lay him low.  But, again, you never know.

What we can know is that, as is the case with any drug, it has taken ever-larger and larger doses to keep Mr. Market fighting. What started as only a few small cups of whiskey in the form of interest rate cuts under former trainer Alan Greenspan, has now morphed over time into full-blown amphetamine-cocktails, replete with respectable-sounding names like Maiden Lane, TARP, Operation Twist, Quantitative Easing 1, 2, 3, etc. and Overnight Repurchases (“Repo”).  This has destroyed Mr. Market’s appetite for nutritious real profits, and most assuredly wrecked his health.  Maybe it is time for him to retire after all.

It also helps to know that there always are and always will be contenders.  Those lean, and fit -- even hungry competitors that are waiting to take Mr. Market’s place and enjoy their day in the sun.

There are a number of you who have endured my musings over the years, and know that I always have imagined Mr. Market’s knockout punch (or kick?) being delivered courtesy of China.   But in fighting they say it’s not the punch you see coming, but the one you don’t see that does the most damage.

I did not see this blow coming.  Still, as sometimes happens in life and investing, I may wind up being right, but for all the wrong reasons.

Maybe you’re thinking of throwing in the towel.  Does that make sense?  It may.  Or maybe you just think your portfolio needs a health checkup; a way of seeing that it has the endurance for this fight and those to come.

Perhaps, you’d like to learn more about the next crop of contenders, those unsung heroes of tomorrow, or those, like Ali, who might be able to reclaim past glory.

If any of the above are true to you, please reach out to me or our firm.  We are happy to discuss your concerns about your money, your portfolio, and most importantly, your lives.   Even if Mr. Market is down for the count, you don’t have to suffer brain damage yourselves.

3. Fed takes the meds away… then rushes back with a fire-hose of stimulus: