Blood in The Streets (Gold Update)

I’m sure that you’re familiar with the Wall Street Adage, “buy when there’s blood in the streets”. This is always easier said than done. Now we have a personality test of sorts in the gold market. Gold and, particularly, the mining stocks, have been absolutely crushed lately. This latest plunge in price has occurred after nearly 4 years of bear-market consolidation in the gold price. This office – and the man in this chair- have been long (and unprofitably, so) believers in a gold resurgence. So it should come as no surprise that we find the opportunity compelling.

Last week the gold mining equities experienced a 10% decline in one day (July 20), and finished with one of the worst weeks for the sector in many years. The Philadelphia Gold/Silver index has now registered a -22% return for the past 5 years, and last week was just the icing on the cake. This is what fear tastes like. This is what blood in the streets looks like.

Not surprisingly, everyone hates gold right now. The articles are coming fast and furious as to why everyone should avoid the metal. Even our friends who once touted the miners as a worthwhile investment, are pretending to have never liked them.1 To top it all off, for the first time ever, hedge funds are net short gold (since CTFC records began). So, to recap, the media hates gold; traders hate gold; even speculators hate gold; do you, too, hate gold?

The great truth here is that only when something becomes so widely despised, feared, or dreaded, does an investor get the opportunity to buy it at such a wide discount. The more out of favor it is the greater the discount. The greater the discount, the greater the prospective return.2 Sentiment is “[t]he worst I’ve seen in 30 years. I’ve never seen gold equities trading at such a low valuation …[E]ven in the worst of 1980,1986, 1991—even in 2000, the valuation were better than this,” opined Pierre Lassonde, Chairman of Franco-Nevada (FNV) and board member of New Gold (NGD).3

Sell-offs, like the ones we have seen in the commodity space of late (witness copper), generate lots of intrigue. There is no argument that a huge short sale during the wee-est morning hours of Monday, July 20th (a $2.7 billion short sale at the China market open), sent the gold price reeling by a full $40 (-3%). What or who is to blame? Could this be the sign of a final capitulation?

Though interesting, such speculations needn’t concern us. The far more important truth is the record (low) valuations. The already-mentioned New Gold is an example: it is one of the industry’s lowest-cost producers. The company’s own guidance for all-in sustaining cost in 2015 is $765. If that target for 2015 is met, it would be lower than the realized 2014 figure of $779.

Having suffered through gold’s recent bear market, our anxiety still speaks to us: Is it possible that the price of gold has farther to fall? Could the bull market have disappeared into the mists of the past? Are we, to quote WSJ’s Jason Zweig, relying on ‘hope and imagination’? The answers, naturally, are: Yes; Yes & Maybe. Readers should need no reminding that our vision of the future can be quite hazy.

What is clear and present, though, is that the prolonged pain of gold mining stocks (and to a lesser extent, bullion itself) has produced low valuations to match their esteem. The more out of favor a sector becomes, the greater the discount – and the greater the discount, the greater the prospective return. This is the set-up that has piqued our interest. As certain candidates for the “most-hated” asset class in today’s markets, gold miners are likely…very likely… to be the most attractive investment opportunity that investors can find. 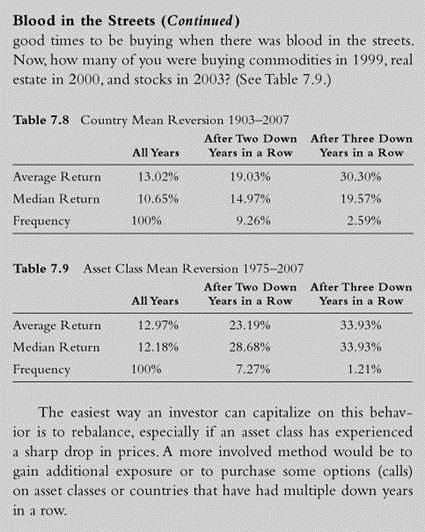